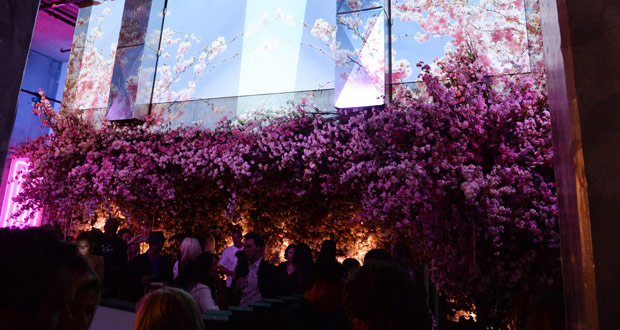 TORONTO–Four Seasons Hotels and Resorts has revealed the next locations of Pop Down, the company’s global series of events that invite people to experience Four Seasons artistry and craftsmanship in unexpected settings around the world.

The Pop Down concept, created by Four Seasons, transforms surprising spaces and celebrates the mastery and talent of Four Seasons people to produce immersive events and experiences.

“We imagined the Pop Down concept as a powerful new way to share the extraordinary moments experienced by our guests in our hotels and resorts every day, and introduce the incredible people who are distinctly Four Seasons,” says Peter Nowlan, executive vice president and chief marketing officer, Four Seasons Hotels and Resorts. “By harnessing Four Seasons talent and craftsmanship to deliver a brand experience outside of our properties, we are continuing to cultivate connections with Four Seasons in fresh and inspiring ways.”

In its second incarnation, Pop Down Philadelphia will feature a series of public installations curated exclusively by Four Seasons and inspired by the City of Brotherly Love. The experience will culminate in an invitation-only event showcasing the talent and artistry of Four Seasons craftspeople from across the globe, offering a preview of what Four Seasons will bring to the city ahead of the highly anticipated opening of Four Seasons Hotel Philadelphia at Comcast Center in early 2019.

Following Philadelphia, Four Seasons will bring the series to Florida, where Pop Down Miami will be held this December amid the vibrant backdrop of the city’s annual celebration of art. Pop Down will then land in Asia for the first time, with plans now in progress for Four Seasons Pop Down Hong Kong in March 2019.

The announcement of the upcoming series follows the success of the inaugural Four Seasons Pop Down, hosted in September 2017 in Toronto, the hometown of Four Seasons. The four-day experience took place during the city’s annual film festival and was held at a once-vacant downtown retail space that completely transformed by the brand. The event culminated with a one-night-only celebration of artistry and imagination courtesy of Four Seasons craftspeople from around the world. Guests included celebrities, business leaders, filmgoers, and international media and influencers who were treated to interactive experiences and creations by Four Seasons chefs and mixologists from four continents.

This Holiday Season, Consumers Plan to Spend Big on Experiences

Checking In with Andrew Benioff, Founder of the Independent Lodging Congress