For Kids, By Kids

Hyatt feeds 3 million children a year at its full-service properties in the U.S., Canada, and the Caribbean. To meet the expectations of its young, discerning customers, Hyatt has launched a “For Kids By Kids” menu that supports the company’s new global food and beverage initiative, “Food. Thoughtfully Sourced. Carefully Served.” The philosophy embraces food from natural, local, and sustainable sources.

“A lot of our customers and their families are really well traveled,” says Susan Terry, Hyatt’s vice president of culinary operations for North America. “This new generation—they eat sushi and mini versions of what their parents eat. They were not only bored, but they were not impressed with what was available in the industry from kids’ menu programming.”

Hyatt conducted a beta test in Scottsdale, Ariz., in which nine children, ages 5 to 12, tasted potential menu items and provided their feedback. The result is a menu written for kids, by kids. “Our philosophy for the children’s menu is focused on it being flavorful, fun, and fresh,” says Susan Santiago, Hyatt’s vice president of food and beverage for North America.

Eleven-year-old Arizona resident Haile Thomas, founder of the Healthy Girls Adventure Club, is Hyatt’s youth spokesperson for the program. “She was very instrumental in guiding our team through the menu evolution process, giving us feedback, and making great suggestions,” Terry says.

Children can build their own breakfast taco or whole wheat sub sandwich, and create their own pasta dish. Other menu items include shaken chopped salad, sustainable fish, and vegetable and sesame rice noodles. To educate and engage children, the menus will feature food-related games and activities, and a QR code that leads to a website with fun food facts.

Santiago says children can also order half portions from the adult menu for half the price. “Children are more discerning eaters than they were years ago and they are more open to trying new items,” she says.

The children’s menu items are aligned with Hyatt’s commitment to the Partnership for a Healthier America, a nonprofit organization that is devoted to solving the childhood obesity crisis. Last November, the company pledged to improve the nutritional profile of its food menus at all full-service Hyatt hotels and resorts in the U.S., Canada and Caribbean.

In mid-July, Hyatt will announce chef and restaurateur Alice Waters, owner of Chez Panisse in Berkeley, Calif., as the official spokesperson for the children’s menu. A 100 percent organic menu created by Waters, featuring a salad, entrée and dessert, will be offered in addition to the “For Kids By Kids” items.

“We’re targeting what kids are asking for,” Terry says, “which is healthier options, more sophisticated presentations and flavor profiles, and making sure we are successful with that market segment.” 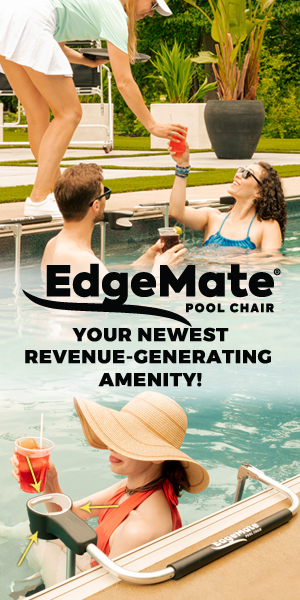