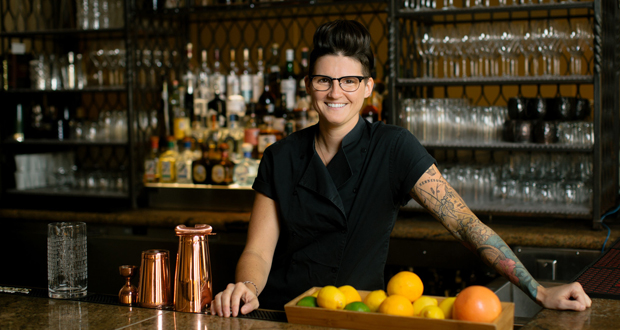 Fortune credited Kimpton for its “culture of inclusiveness and acceptance,” noting perks like allowing most staffers to bring pets to work and providing personalized welcome packages to new hires that include their favorite snacks. The San Francisco-based company that now has more than 8,200 employees has been on Fortune‘s list for nine years and rose eight places from last year’s ranking.

Fortune ranked Hyatt high on the list for its “emphasis on senior leadership communication efforts, with digital and in-person channels that stress principles like authenticity, transparency, and vulnerability.” The list description also mentioned employee bonuses and benefits like a bridge of service for returning employees and the option for housekeepers to leave early once the job is done, or clean more rooms to earn more money. The Chicago-based company, which has more than 35,300 employees, rose significantly from its ranking of 32 in 2017, and has been on the list for five years.

Hilton’s inclusive culture put it on the list at number 33. Of more than 60,000 employees, Fortune sites that a majority (69 percent) of employees are from minority groups. The McLean, Va.—based company also partners with minority-owned businesses and directs a fifth of supplier spending their way, Fortune says. Other considerations included parental leave, sabbaticals, and adoption assistance. This is Hilton’s third year on the list—last year it ranked number 26.

Coming in this year at 35, Marriott, the world’s largest hotel company, employs 136,781 people and has spent more than two decades on Fortune‘s list of best companies to work. Fortune ranks the company among top places to work for its culture of treating employees as individuals despite its scale, and its commitment to diversity. Fortune also cites rewards for loyal employees—veterans of 25 years get lifetime free stays at Marriott properties (pending availability) and those who have been with the company for half a century get that too plus $5,000 in cash.

Toronto-based Four Seasons has also spent more than two decades on Fortune‘s list of best places to work. Ranking 99th, the hotel manager with 109 properties and 16,675 employees is credited for employee recognition programs, which take different forms including cash bonuses and trips abroad.

“The 2018 100 Best are true leaders,” said Michael C. Bush, CEO of Great Place to Work. “In the face of competition, change, and financial constraints, they consistently prioritize building the trust, pride, and camaraderie that fuels business performance. And they’re doing it at scale for everyone, regardless of who they are or what they do for the organization.”