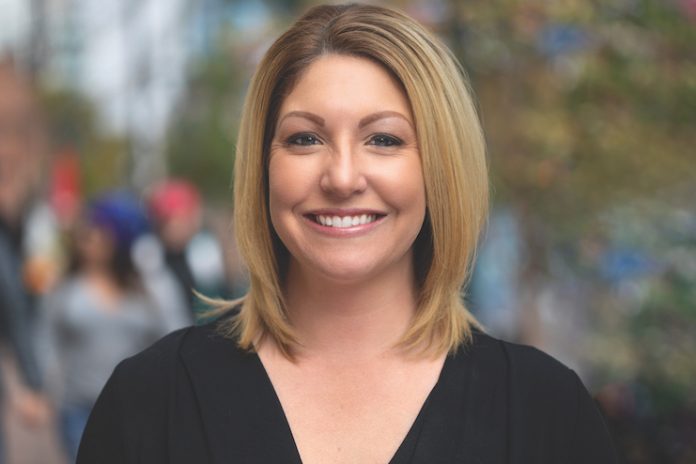 Jennifer Gipfert often lays awake at night with her mind racing in a million directions. And that was before the coronavirus crisis crashed the global economy and, in particular, the travel industry, to a stunning halt. Gipfert is a forward thinker, but because of the crisis, she, and the rest of us, can only think in blocks of minutes and hours rather than project out quarters or years at a time.

“I’ve done a lot of leadership courses, but one in particular really spoke to me in telling me what my five strengths were. My number-one strength is that I’m futuristic,” says Gipfert, the owner and CEO of TWC Management, a family-owned hotel management firm that specializes in limited-service properties. TWC operates three hotels in Colorado and Wyoming, with a fourth set to open later this year in Denver.

“What keeps me up at night is thinking about the future, and not in a bad way,” she says. “Like strategizing and opening up my company and my partners to opportunities that maybe they had never thought of before.”

Gipfert is competitive—“I want to be the best,” she says—and that focus feeds those late-night fires. But in this new coronavirus age, the future is uncertain, the challenges are yet unknown, and the ultimate toll the virus takes is far from being measured. Still, Gipfert had to start reacting, planning, and adjusting almost immediately.

Her initial reaction was pretty common. TWC made all the typical adjustments, limiting employee exposure by cutting back on property visits. Grab-and-go bags replaced breakfast service at its properties, pool areas and fitness centers were closed, and the furniture in common areas was removed so as to not encourage anyone from gathering in groups. Hunkering down, protecting staff and guests, and maintaining a challenging and constantly changing to-do list has been difficult for most, if not all hoteliers.

“I told my team this is just like anything else. We have an opportunity here to exceed guests’ expectations.”

Throughout the crisis, Gipfert says a key will be communicating with her whole staff. Calls with teams are scheduled daily and she’s been able to delegate down to each property.

“I told my team this is just like anything else,” she says. “We have an opportunity here to exceed guests’ expectations. Everyone’s scared. We’ve got to stay cool, calm, collected. Have our rules in place and abide by the rules, but it’s our job to keep everyone calm.”

Gipfert is second-generation at TWC. The company was originally founded by her mother, Anna Merrill, who provided more than just a career path.

“She’s an amazing, amazing human being. She started the management company when her and my dad and a group of local investors saw a need for a hotel in my hometown in the Black Hills of South Dakota,” Gipfert says. “She essentially started the management company as a way for herself to get paid because we had a hotel, then we bought a second one in my same hometown.”

Before entering the family business, Gipfert was studying to be a chiropractor. However, the pull of the hotel industry was too strong to ignore and Gipfert decided instead of adjusting spines, she would be much happier adjusting hotels.

Her first task was managing a hotel in Sydney, Nebraska. About a year into it, a manager left a second property that was located about 40 minutes away.

“Instead of hiring another manager, I felt like I was at a point where I could handle both, so I did,” she says. “I ended up putting myself into the management company, there was never really an invitation, I just did it. We have gone from there.”

Since then, TWC has continued doing big things. It converted a Sleep Inn to a Best Western in Cheyenne, Wyoming, against a breakneck, 30-day schedule Gipfert calls “absolutely amazing.” In 2016, TWC built a Best Western in Fort Morgan, Colorado, and this year will open a 140-room hotel in Denver’s Rhino district to bring the company portfolio to four properties. TWC is also expanding into third-party contracts as a new opportunities emerge. She was hopeful one of those would close later this month.

Forever a forward thinker, Gipfert is handicapped by the current crisis and uncertain business climate. But business for TWC will endure because, quite simply, that’s how she was raised.

“For us, we’re a very moral-based, value-based company,” she says. “We’re a family-owned company. It has to be the right fit, does that make sense? It’s not about the money for us. It’s about the right fit. It’s about finding like-minded people with whom we line up philosophically.”

She adds, “We all go through hard times,” she says. “We understand that and we work through it together.”

Sense of Place: Lark Hotels Bets on the Strength of Boutique and Independent Lodging