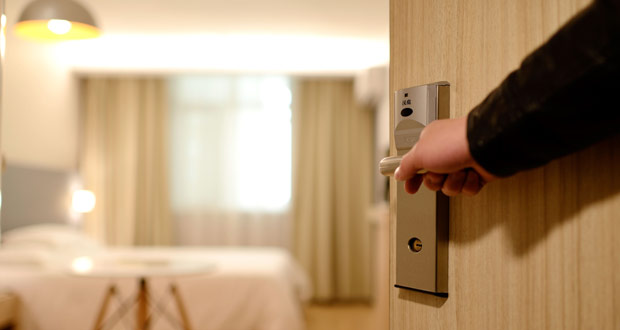 BELLEVUE, Wash.—A recent study conducted on behalf of Expedia by Northstar Research Partners takes a deep dive into what behaviors and situations annoy travelers the most. The 2018 Airplane and Hotel Etiquette Study, which included 18,229 respondents across 23 countries, reveals that whether on a flight or in a hotel, people just want peace and quiet. Sixty-six percent of Americans reported frequently using a privacy indicator to prevent hotel staff from entering their room.

Across the globe, travelers are most annoyed to find bed bugs, cigarette smoke, or a foul smell upon checking into a hotel room. While dirty surroundings are the main reason travelers request to switch hotel rooms, more than half rarely or never sanitize items like the remote and phone, or wear shower shoes to protect their feet.

“Whether you’ve been on one vacation or 100, you’ve likely experienced some form of annoying behavior while traveling,” says Nisreene Atassi, global head of communications for Expedia brand.

The results also showed that online and mobile check-in are taking the world by storm. Just over a third of travelers still check-in at the airport–50 percent of Americans check-in online for their flights. Meanwhile, 72 percent still print a boarding pass and less than 30 percent use a mobile boarding pass.

In addition, 75 percent of travelers in the survey deem free amenities such as WiFi, breakfast, resort credits, free parking, and room upgrades as very or somewhat important when booking a hotel. For example, on a flight, twice as many Americans would volunteer their seat on an oversold flight in exchange for a free voucher compared to other countries. Only one in four travelers would pay to upgrade their seat, while even fewer would pay for in-flight Internet access.