Eldorado Resorts To Merge With Caesars in $17.3 Billion Deal 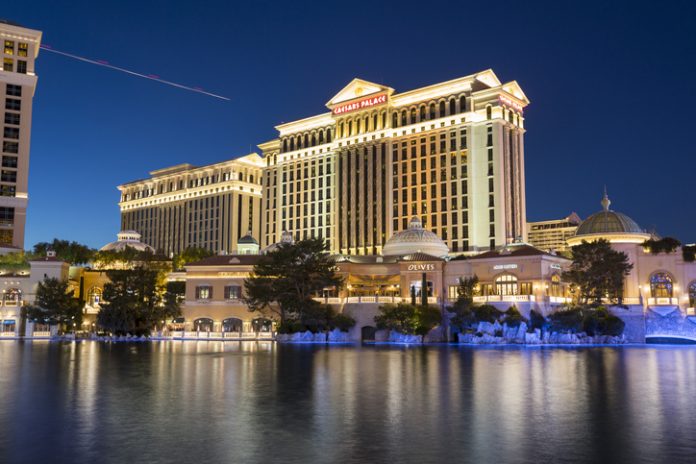 RENO, Nev. and LAS VEGAS—Eldorado Resorts and Caesars Entertainment Corporation announced that they have entered into a definitive merger agreement to create the largest U.S. gaming company. The proposed transaction will combine the two companies’ national operating platforms, brands, and strategic industry alliances. The combined company will provide its guests with access to approximately 60 owned, operated, and managed casino–resorts across 16 states.

Eldorado will acquire all of Caesars’ outstanding shares—a total transaction of approximately $17.3 billion. Upon completion of the transaction, the combined company will retain the Caesars name to capitalize on the value of the global brand and its legacy of leadership in the global gaming industry. Eldorado’s Chairman Gary Carano along with CEO Tom Reeg and the company’s COO, CRO, and CLO will lead the combined company.

“Eldorado’s combination with Caesars will create the largest owner and operator of U.S. gaming assets and is a strategically, financially, and operationally compelling opportunity that brings immediate and long-term value to stakeholders of both companies,” said Reeg, CEO of Eldorado. “Together, we will have an extremely powerful suite of iconic gaming and entertainment brands, as well as valuable strategic alliances with industry leaders in sports betting and online gaming. The combined entity will serve customers in essentially every major U.S. gaming market and will marry best-of-breed practices from both entities to ensure high levels of customer satisfaction and significant shareholder returns.”

Tony Rodio, CEO of Caesars, added, “We believe this combination will build on the accomplishments and best-in-class operating practices of both companies. I’m familiar with Eldorado and its management team, having worked with them on a previous transaction, and I look forward to collaborating with them to bring our companies together. We are excited to integrate Caesars Rewards with the combined portfolio. The incorporation of Caesars Rewards has produced strong results at the recently acquired Centaur properties. By joining forces, we believe the new Caesars will be well-positioned to compete in our dynamic industry.”

Eldorado’s decentralized operating model combined with its history of completing successful, value-building transactions through effective financial management is expected to continue to drive improved margins and create value for both shareholders and guests. In addition, combining the global brands and Caesars Rewards loyalty program is expected to drive value across the expanded regional network, including access to Las Vegas properties. Caesars Las Vegas asset portfolio has recently undergone $1.2 billion of enhancements and room remodels that positions the portfolio for improved operating performance in the near-term.

“As with our past transactions, we have a detailed plan for significant synergy realization,” said Reeg. “Relative to our prior acquisitions, the combination with Caesars presents attractive incremental revenue synergy opportunities as we plan to strengthen Caesars Rewards, the industry’s leading player loyalty and CMS database, and combine it with Eldorado’s to market to over 65 million rewards customers nationally. Additionally, the transaction bears benefits beyond the strategic merits of the combination with Caesars in isolation.”

VICI Properties and Eldorado have entered into a master transaction agreement in connection with the acquisition of the real estate of three assets and amendment of existing leases and right of first refusals. In connection with the transaction, VICI will acquire the real estate associated with Harrah’s Resort Atlantic City, Harrah’s Laughlin Hotel & Casino, and Harrah’s New Orleans Hotel & Casino for approximately $1.8 billion. The properties will be added to an existing master lease and will have an initial annual rent of approximately $154 million.

In addition, the companies have agreed to an amendment to the terms of the existing CPLV and HLV single asset leases, following closing of the transaction, which will result in a combination of these existing leases into a new Las Vegas master lease and an increase in the annual rent payment on the Las Vegas master lease of $98.5 million, resulting in proceeds of approximately $1.4 billion.

“Our agreement with VICI favorably positions both platforms by enhancing the value of our combined company’s assets and further solidifies the growth profile of VICI,” said Reeg.

Ed Pitoniak, CEO of VICI, added, “VICI is honored and excited to be integrally involved with Eldorado in this transformative transaction. As a REIT, we seek to partner with operators who have the most powerful, valuable, and enduring relationships with the end users of our real estate. Under Tom Reeg’s leadership and front-line focus, the combination of Eldorado and Caesars will yield the most compelling guest experiences and network effect in American gaming.”