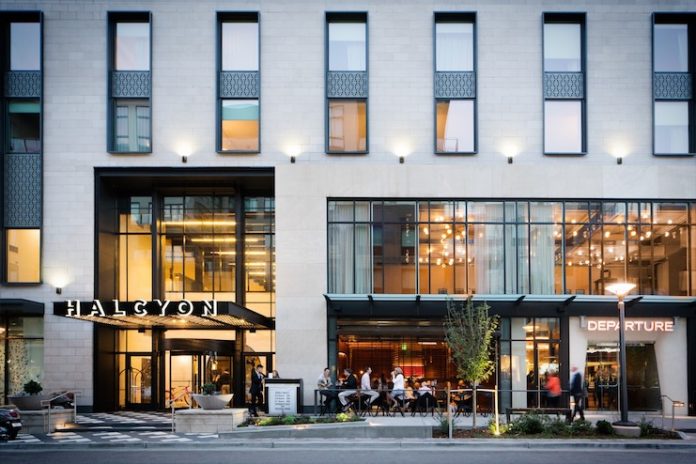 Rockbridge this week announced the acquisition of Halcyon in Cherry Creek, Denver’s affluent submarket and high-end shopping district, from Sage Hospitality and Denver-based developer BMC Investments. The 154-room luxury hotel is Rockbridge’s most recent lifestyle property. Makeready, which specializes in independent hotels and restaurants, will manage the hotel, restaurants, and bars. In addition to the property, Rockbridge acquired the Halcyon and B&GC brands, which were developed and trademarked by Sage Hospitality.

Cambridge Landmark, a hotel-focused private equity company, acquired the former Sheraton Downtown Philadelphia, a 757-room, full-service hotel near the Pennsylvania Convention Center. The hotel currently operates as the Philadelphia 201 Hotel under the Marriott reservation system. A new franchise agreement has been signed with Marriott International for the property to regain the Sheraton brand upon completion of a $28-million renovation focused on upgrading rooms, the lobby, and meeting space and adding new suites and a Sheraton Club Lounge.

Glenmont Capital Management has acquired the 143-key Radisson Hotel Cleveland-Gateway and announced plans for a $7 million renovation to rebrand the property as a Hotel Indigo. The hotel will initially operate under the Intercontinental Hotel Group system and under the name Hotel Cleveland Gateway, and will undergo updates to its guestrooms, meeting space, and public areas.