Home Industry News Conferences and Events CPA Talks Prospects and Strategies for Dealing With the ‘New Normal’ at... 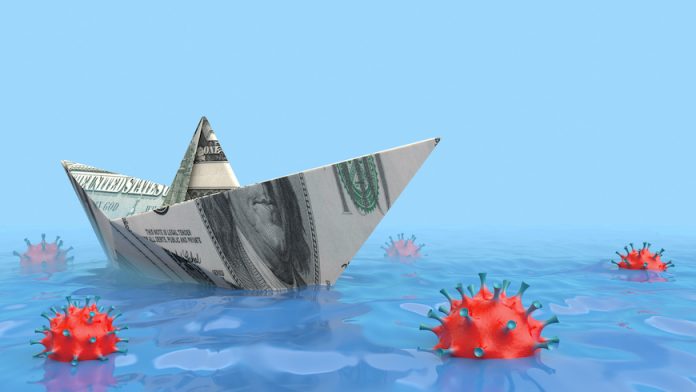 One thing the current pandemic has made clear is that, for better or for worse, there’s just no telling what the future will bring. Ryan McAndrew, CPA, senior manager, assurance services, from the audit, tax, and consulting firm RSM US LLP, discussed the hospitality perspective in a virtual presentation—”COVID Response: Strategies for ‘The New Normal'”—at CYBER HITEC on October 28.

As the CPA he is, McAndrew said all industries should be constantly prepared to face uncertainty. The good news, he added, is that the “freefall” period that followed the March 2020 shutdowns is over, and many industries have regained lost ground.

On the much-discussed “shape” of the recovery underway, McAndrew said, “We believe the shape of the recovery that makes the most sense is a K in that there are different paths for different sectors.” While, technology, media, communications, and life sciences industries were barely affected by the shutdown, financial services, manufacturing, and housing are now leading the way out of the pandemic, he explained.

Despite these hopeful signs, there is a “decided drag” in the service sector, McAndrew explained, which comprises 20 percent of the economy and accounts for about a third of the unemployment rate.

Without more support from the government, the hotel industry is likely to continue to founder, McAndrew said, citing a survey of 1,000 American Hotel & Lodging Association (AHLA) members conducted between September 14-16, 2020. According to this survey, 67 percent of hotels will not survive six months without significant improvement in travel demand and further federal assistance; 74 percent will be forced to lay off additional employees; 32 percent will face bankruptcy or forced sale; and 42 percent will close due to lack of revenue if the government does not expand the Main Street Lending Program or launch an additional round of the Paycheck Protection Program.

McAndrew pointed out that some segments of the hotel industry are faring remarkably better than others, largely as a result of their location—within a few hours’ driving distance from travelers’ homes. “Economy and interstate hotels have been the first to begin recovering, as families are opting for car travel over other forms of transportation.”

Yet, McAndrew reminded CYBER HITEC attendees that efforts to remain competitive during this time call for understanding what customers want and expect in this age of social distancing and adhering to high-than-ever standards of cleanliness. He broke down the keys to competing now—whatever the segment. First is cleanliness that offers an extra level of reassurance. Instead of cleaning surreptitiously, staff should be doing their work out in full view of guests and display signage, such as room seals, after the room is cleaned.

Calling touchless tech “the future,” McAndrew suggested owners step up to meet customer demand for voice-activated and digital innovations like mobile check-in. “Mainly, we need to know our customers and find ways to drive revenue when occupancy is low. We need to get creative, perhaps by forming partnerships with colleges and universities—or offering a much-needed escape to those stuck at home by providing ‘attractions’ like remote offices, a date night option, or a family day at the pool.”

McAndrew said strategies such as those described above can help owners compete during a tough time, but he believes, for the most part, much of the industry needs to brace for a waiting game. “In my opinion, until a vaccine is developed and widely distributed, there will not be a meaningful recovery for the hotel industry.”