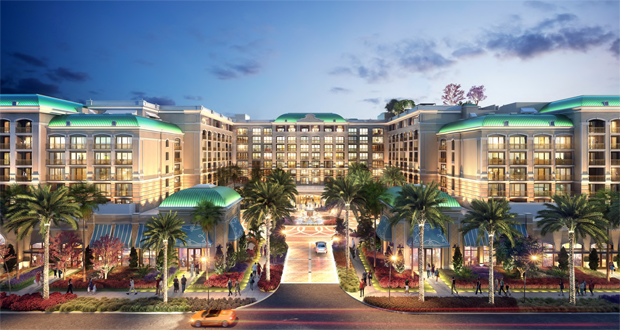 Anaheim, Calif.—Construction will begin this month on the seven-story, 613-room Westin Anaheim Resort, an upscale property and meeting space next to the Anaheim Convention Center (ACC) and across from Disneyland Resort. Owner-developer Wincome Group is building the $245 million-dollar project that is slated to open in 2019 on the site of the Anabella Hotel, which had also been a Wincome Group property for almost 20 years.

“We are thrilled to work with Wincome Group on this exciting project in the high-profile Anaheim market,” said Noah Silverman, chief development officer of North America full service hotels at Marriott International. “This hotel is a true milestone for the brand, since it will be the first newly built Westin in Southern California in more than 25 years.”

The hotel will have 613 guestrooms, including 101 suites; three restaurants; two bars, including a rooftop lounge overlooking nightly fireworks at the resort; a fitness center in tune with Westin’s wellness lifestyle; a resort-style pool surrounded by tropical landscaping; and a marketplace. To cater to Anaheim’s growing demand for business meetings and corporate events and accommodations for major conventions at the ACC, the hotel will also include 11 meeting rooms and a16,000-square-foot grand ballroom totaling 42,000 square feet of customizable and high-tech meeting space.

“On the heels of the Anaheim Convention Center expansion, Star Wars: Galaxy’s Edge and a number of other new developments coming online, luxury hotels are critical to Anaheim’s continued success in attracting tourists and convention business,” says Jay Burress, president and CEO of Visit Anaheim.

Wincome Group, a privately owned real estate developer based in Anaheim, has had a long also currently owns the Anaheim Hotel on Harbor Boulevard and has been an investor in the Anaheim market since 1988 with the acquisition of the 133 room Carousel Inn & Suites. Wincome’s investment strategy is one of long-term, focused growth and value through improvements to assets and bringing new guests experiences to Anaheim.

“What we enjoy is taking some interesting properties in amazing locations and transforming them into exciting destinations and job generators,” said Paul Sanford, asset manager for Wincome Group. “We are really excited to elevate the Anaheim experience in the heart of Anaheim’s resort.”