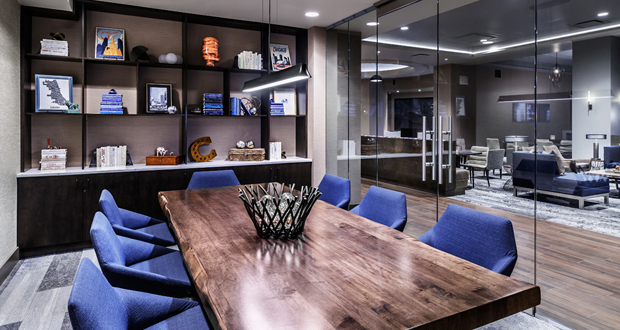 ROCKVILLE, Md.—Choice Hotels International, Inc. announced aggressive growth and development plans for its upscale brand, Cambria Hotels, in 2017. Cambria now has 30 hotels open across the United States, and more than 70 in the pipeline. Four hotels have opened in 2017 and 10 more will open by the end of the year. In addition, 18 ground breakings and multiple executed franchise agreements are expected.

Two Cambria properties opened in May, in Los Angeles–LAX and Chicago Loop-Theatre District—in addition to two openings in Texas earlier this year in Southlake, Dallas, and McAllen. The Cambria in Newport, R.I. also will be opening soon.

Below are additional details about the recently and soon-to-be open properties. Additional Cambria openings this year include properties in Dallas, New Orleans, and Phoenix.

“This is an exciting time for Choice Hotels and our upscale segment. We have great momentum with the Cambria brand expanding throughout the country, including on the west coast, in the Midwest and on the east coast,” said Janis Cannon, senior vice president, upscale brands, Choice Hotels. “The pipeline is the largest that it ever has been, and we will continue to grow the brand in key U.S. markets through our aggressive acquisition of numerous land sites and buildings.”

Choice Hotels is investing more than $450 million in corporate capital investment to expand the Cambria brand, and bring the properties to the right markets faster. This strategy includes identifying and purchasing land and buildings in key urban destinations, and leveraging these locations to secure Cambria franchise agreements. In fact, of the nearly 100 hotels that are currently open and in the Cambria pipeline, a third of these properties are a result of land or a building that was identified and secured through Choice Hotels.

“The Cambria brand is a great investment, offering a strong value proposition for developers. We are providing meaningful levels of capital support for the right projects, enhancing developer returns and allowing them to secure construction debt at competitive terms. On top of that, we deliver all the critical tools and resources to successfully operate an upscale hotel in prime locations,” said Mark Shalala, vice president, development, upscale brands, Choice Hotels. “The incredible pace of Cambria’s growth is a result of a carefully planned development strategy, and our determination to make a significant impact in the upscale space. Plus, we partner with fantastic developers who recognize this compelling opportunity and share our passion and vision for the Cambria brand and its future.”