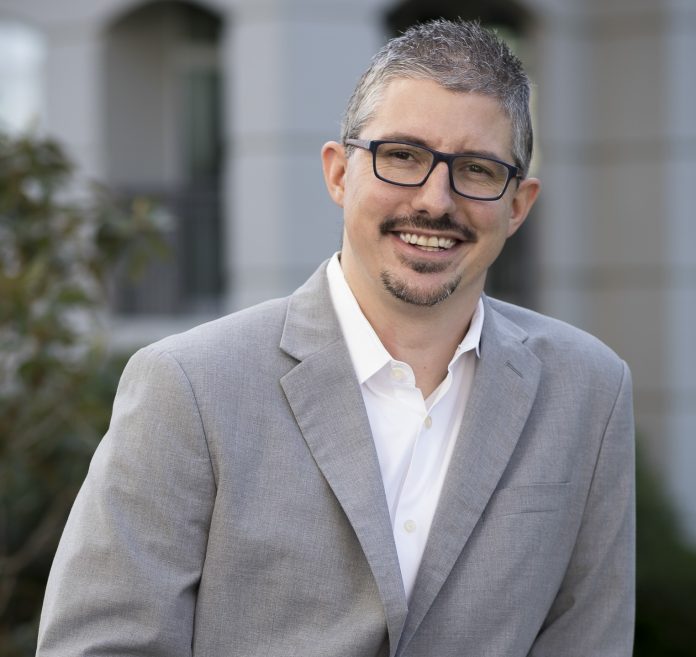 Although he says he pretty much “grew up” at the Hampton Inn & Suites Myrtle Beach property where his mother still works, Johnathan Capps assumed a different role in the hotel industry after graduating from college. The vice president of revenue for Charlestowne Hotels now oversees this hotel management company’s internal and external revenue management strategies, working to establish new profitability enhancement methods for the company and each of its brands’ managed properties. While describing for LODGING his path from his earliest positions to his current one, he stressed how important all aspects of customer service are to guests’ perception of the value of their hotel room at every price point.

How did you first become involved in the hospitality industry?

You could say I grew up in hospitality; it’s all I’ve ever known. My mother, who is one of a kind in the industry, has held nearly every hospitality position at the Hampton Inn & Suites in Myrtle Beach, where she is now a manager. From high school through college graduation, I worked there after school and during school vacations, first as a pool and breakfast attendant, but later at the front desk, in housekeeping, and even engineering.

One thing that especially impressed me when I was a breakfast attendant was how important “hospitality” is in this business. Then, we just offered continental breakfast, but a woman who worked with me went from table to table with a pot of coffee, all the while chatting with guests about their trips and experiences at the hotel. What she offered that was so valuable was less about the coffee and more about the interaction. It was amazing how much information she was able to gather and pass on.

What was the actual career path you pursued after graduation?

Although I continued to work at the Hampton Inn throughout college, I waited a year to make my decision to pursue a major in hospitality and tourism management. Afterwards, I had opportunities to go in other directions, but I stuck with it and have really loved it—although I never again worked on-site at a property.

I began on a sales track; I was sales coordinator for a Florida hotel management company, where I had some control over rates. But what first got me on the revenue management track began when I was part of a team beta testing a Holiday Inn Express RMS system. At the time, I was working mainly with corporate and group sales; leisure was just kind of filler. But as part of the beta testing team, I was asking a lot of questions. I wanted to learn the system and the thinking behind it both because I was curious, but also because I wanted to learn how to help the company perform better. This opened opportunities for me within that company; I was put in charge of quoting group rates and determining corporate rates for national accounts.

The revenue management expertise I developed led to my first position, that of corporate revenue manager, with Charlestowne Hotels, which was a very different type of hotel management company. With this move, I went from a company dealing with seven very branded properties to one dealing with independent upper-upscale and luxury properties with fewer than 100 keys in secondary or tertiary markets.

Were there mentors along the way that influenced you?

Of course, my mother was a major influence, both because she raised me in it and demonstrated a clear love for the business. However, from a revenue management perspective, our CEO Everett Smith helped instill in me a sense of confidence, one that freed me to take risks, mainly by taking the fear out of failure. He’d say, “We’re not performing surgery or getting someone to Mars here.” With one particular property we both knew was underperforming, he encouraged me to have fun with the rates, but also to push the boundaries. He said, “You do that with the rates, and we’ll do things on the operations side to support that.”

From him I learned that to be exploratory and lead a field, you have to be willing to make mistakes. Even in my current position, I have to “risk” trying a new system or putting in a new organizational chart.

What do you find most fulfilling in your current position?

What’s especially fulfilling now has less to do with revenue management per se and more with helping others grow in the industry as I did. I manage a team of eight—each of whom oversees seven to 10 properties. I try to destress them—after all, this is a cyclical business that depends on the economy, so there are big wins and losses—but I also push them to understand what’s going on on-site at their properties; they need to be sympathetic both to the guests, who may be paying $600 per night, but also the team that needs to deliver on that value proposition.

I especially enjoy being able to be part of this community where I went to college, and encouraging the careers of current associates, as well as those who may become part of our industry in the future by serving as an advisor to MBA interns from the College of Charleston’s hospitality revenue management program.

Charlestowne Hotels Prepares for Growth With a New Corporate Structure