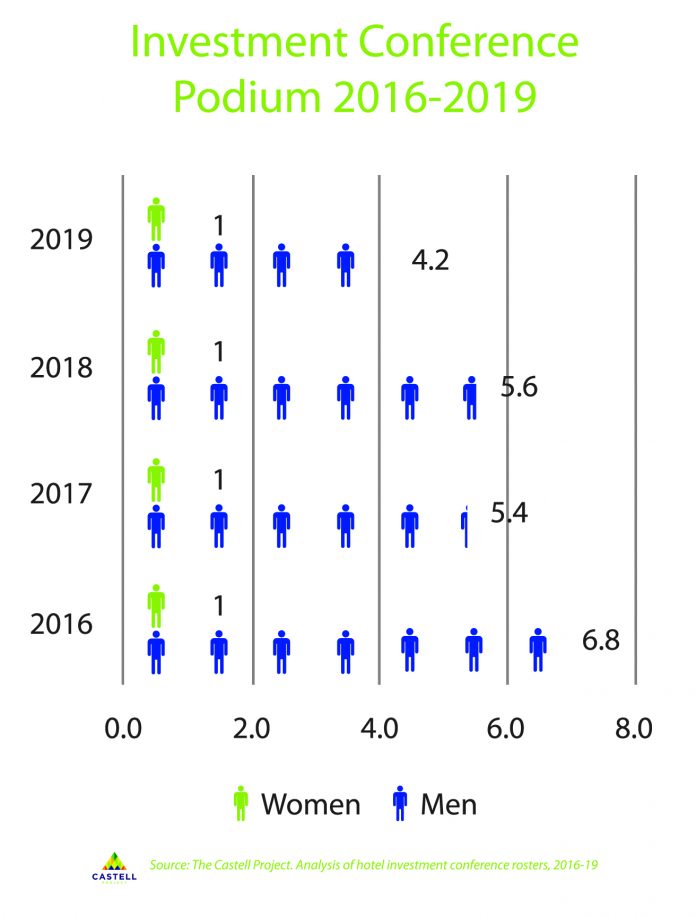 ATLANTA — Officials of Castell Project, Inc., a 501(c)3 nonprofit organization dedicated to accelerating the careers of women professionals in the hospitality industry, today released the 2020 Women in Hospitality Industry Leadership report. Now in its third year, the report benchmarks the hospitality industry’s performance in women’s careers and leadership.

“Even though a great deal of distance still needs to be covered to reach true gender parity, we were delighted to find the pendulum starting to swing in the proper direction,” said Peggy Berg, president, Castell Project, Inc. “We are seeing an acceleration of women in leadership roles across the political, civic, and business spectrum. This is supported by the pipeline of graduates coming out of colleges and universities, by the strong and deep bench of female talent currently at work in numerous industries, including hospitality, by the opportunities created as baby boomers retire, by the share of wealth now controlled by women, and by widespread interest among both men and women in realizing the benefits of this cultural shift.”

Key takeaways from this year’s study include:

Seven women were promoted to CEO in 2018 and 2019 in the dataset represented by the STR Directory of Hotel & Lodging Companies—a 20 percent increase in the number of female CEOs in the dataset.

One in four presenters at hotel investment conferences was a woman in 2019. This is a dramatic improvement since 2016 when the figure was one in eight.

Women are 21 percent of investment conference attendees, nearly flat over the past four years. Brokerage, finance, and construction continue to have few women even at the vice president and director levels. They are not moving toward gender-balanced leadership as rapidly as their clients.

“It is heartening to have the statistical information that demonstrates companies are beginning to take notice that gender diversity is good for the bottom line,” Berg added. “However, the Castell Project is nowhere near its goal of seeing women in more than one of three C-suite positions in every major hospitality organization. Research continues to prove that companies with greater gender diversity are more profitable and often can approach new issues and opportunities with a fresher perspective made up of many differing voices. We look forward to the day when our mission is complete, but will continue to track and work diligently until we achieve those goals.”