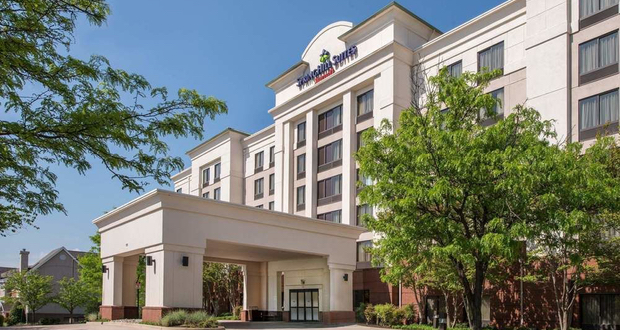 DALLAS—Ashford Hospitality Trust has announced that it has closed on the sale of the 162-room SpringHill Suites Gaithersburg in Gaithersburg, Md. for approximately $13.2 million ($81,000 per key).

The purchase price for the SpringHill Suites Gaithersburg represents a trailing 12-month cap rate of 7.1 percent on net operating income. On a trailing 12-month basis, the hotel achieved RevPAR of $72, with occupancy of 66 percent and Average Daily Rate of $108. The consideration received from the sale was a combination of cash and approximately 2.0 million Class B common units of the Company’s operating partnership. The Class B operating partnership units were redeemed at a price of $5.74 per unit, or a price of $6.05 per common share after taking into account the current conversion factor. The Company also paid off approximately $10.4 million of debt associated with the property. With this sale, the Company has now closed on or announced $218 million of sales of its non-core select-service hotels.

“Consistent with our strategy, we continue to pursue transactions with our non-core, select-service hotel portfolio that we believe maximize value for our shareholders,” said Monty J. Bennett, Ashford Trust’s Chairman and Chief Executive Officer.”This was a unique opportunity to not only sell an asset at an attractive valuation but with a deal structure that allowed us to also buy back units in our operating partnership at an attractive value.”

Hotels Are Leaving Energy Savings on the Table

The Value of the Land Beneath Commercial Buildings