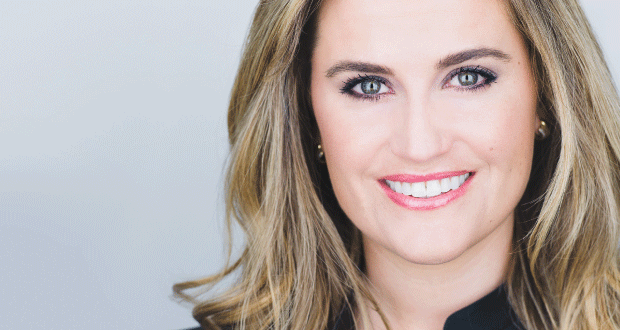 As a child, Allie Hope would run around construction sites in a hard hat as her developer father worked on a new hotel project or her mother completed a massive renovation on their next family home. By the time she reached the third grade, Hope had her future all mapped out. “I told my parents I wanted to go into the hotel business,” she recalls. “Specifically, I said I wanted to develop international hotels.”

At the time, she didn’t fully comprehend what a job like that would entail. As a freshman at the Cornell School of Hotel Administration, she still held onto the same goal. Now, as the head of development and acquisitions for Virgin Hotels, Hope is within reach of her childhood dream. With one hotel open in Chicago and others coming soon in Nashville, Dallas, and Palm Springs, Virgin has its sights set on Europe. Hope is responsible for implementing the brand’s global growth strategy, sourcing and acquiring properties in key gateway cities, and structuring transactions that make sense for the company and its owner/developer partners.

Hope thrives on starting projects from scratch or taking the seed of an idea and helping it grow, which is why joining a new lifestyle hotel brand felt so right. When Virgin Hotels launched in 2010, people wanted to love the brand but they didn’t know what it encompassed, Hope says. Under the guidance of CEO Raul Leal, Hope set out to share Virgin’s story and how the company intended to become an innovator in the hotel industry. Without any concrete examples to point to, however, it was no easy task.

After much anticipation, the first Virgin Hotel opened in Chicago in January 2015, inside the historic 1920s Old Dearborn Bank Building. “We took time to define what the product would be and what it meant to be a Virgin Hotel,” Hope says of the process. Aside from offering a distinctive product, half of the brand’s success relies on its employees and the service they provide. “The way that stage is set and brought to life, a lot of it is accomplished through training and hiring the right people. We hire for attitude, and train for success.”

In March, Hope brought on Alex Andjel as vice president of development to oversee the brand’s expansion into Europe. Prior to this, Hope oversaw an all-female development team. “I judge people solely on their skills, work ethic, attitude, and being a team player,” she says. “To know that my team is comprised of passionate people who are excited to do the job, and do it well, is what’s most important to me.”

Based on the current development pipeline, Virgin expects to have about 2,000 hotel rooms open by 2019. “We would like to add about two hotels a year, opening properties in the right locations based on what’s culturally relevant and significant and a fit for the brand.” While Hope can’t reveal the location of Virgin’s second hotel to open, she’s excited to have further proof of Virgin’s DNA. “It will continue to show consistency and our ability to localize every hotel, from the F&B offering to the service style,” she says. “Each hotel will have its own little personality and subculture within Virgin.”

Moving forward, Hope is eager to grow the company through conversions. “We have a lot of ground-up product in the pipeline, so right now we’re focusing 80 percent of our time on hotel conversions,” she says. When it comes to finding the right property to convert, Virgin is looking for underperforming or outdated assets that are unencumbered by other brands or operators. The development team is hyper-focused on analytics and making sure a property has the potential to drive additional profitability. “At the end of the day, everyone is in the business to make money, and we believe you drive higher margins and you make more money by really delivering on that top-line experience,” Hope says. “Your customer will pay for a better experience.”

The company has seen this firsthand with Virgin Chicago, which commands a rate well above its competitive set. Hope says the brand offers a number of luxuries typically found in five-star hotels, but delivers them at a four-star level. Such perks include complimentary, unrestricted WiFi, a mobile app that serves as a personal comfort concierge, street pricing for mini bar items, no early check-in or late check-out fees, a standard two-chamber guestroom layout, and a dynamic entertainment program.
Looking back on her career, Hope says hotel real estate was a natural space to play in, given her early exposure to the business. “I like the analytical side of the real estate business, but also the human side of it too, understanding people’s preferences. You’re creating spaces for people to enjoy life to the fullest, but there’s a very analytical return aspect of every decision.”

Whenever Hope is a guest lecturer at her alma mater or other hotel schools, she encourages students to follow their own path. “My path was in a different time, with different circumstances and opportunities. You can’t rely on exactly what I did step by step, or the way things manifested in my life.” Technology alone has progressed at a rapid pace, so the tools current students have at their disposal differ significantly than the ones Hope used. “I always tell them to listen to their gut. If it’s what they feel passionate about, they’ll always feel good about their decision.”

Hope also imparts—and follows—the advice her mother taught her as a child: Attitude is everything. “I swear by that with my team and with my own behavior. As long as you have a good attitude, anything is possible.”