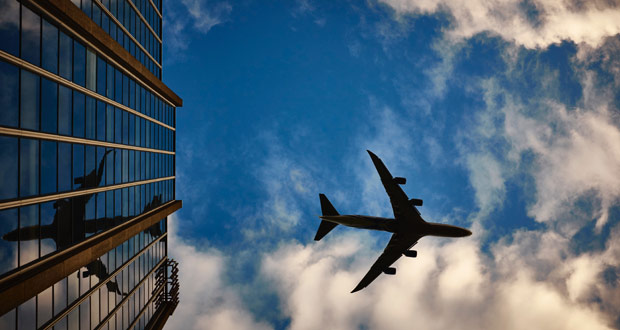 This summer has been one of the busiest summer travel seasons on record, and it isn’t over yet. About 16.5 million passengers are expected to fly worldwide on U.S. airlines over the week-long Labor Day travel period through Tuesday, Sept. 4, according to Airlines for America. Compared to last year’s data, the number of travelers expected to take to the air on U.S. airlines for the Labor Day holiday period is expected to rise 3.5 percent.

Friday, Aug. 31 is expected to be the busiest travel day of the week, with an estimated 2.76 million passengers flying onboard U.S. airlines worldwide, followed by Thursday, Aug. 30, and Monday, Sept. 3, with 2.6 and 2.58 million passengers traveling, respectively. The two lightest days are expected to be Saturday, Sept. 1 and Sunday, Sept. 2, which are also historically among the lightest days of the year.

With high gas prices predicted, road travel may not be as popular this Labor Day holiday period. AAA recently reported that state gas price averages declined as much as four cents while the national gas price average held steady at $2.84, which is two-cents cheaper than a month ago, but 48-cents more than a year ago. Last year’s Labor Day weekend saw gas prices spike, but that was due to Hurricane Harvey, which effectively shut down refineries and pipelines driving gas prices toward their highest point of 2017 ($2.67). Despite no hurricane activity this Labor Day weekend, gas prices will be at their highest point for the holiday since 2014.

“With Labor Day approaching, motorists could see a small swing towards higher gas prices, but any jump should not last past the holiday weekend,” said Jeanette Casselano, AAA spokesperson.

As far as how U.S. travelers plan to spend their last summer vacation days, TravelInsurance.com reported that Americans are planning long trips across the U.S. and Canada and in the U.K., Ireland, and Italy. The United States is still the most popular destination for Labor Day getaways due, in part, to its affordability—the average domestic trip costs just under $2,800 per person and averages 12 days. Travelers heading to Canada are spending the most, with an average cost of $3,700 per person and an average duration of 11 days. Bargain-seeking travelers are taking advantage of off-season deals, spending less than $1,500 per person for week-long stays in the Caribbean and Mexico.