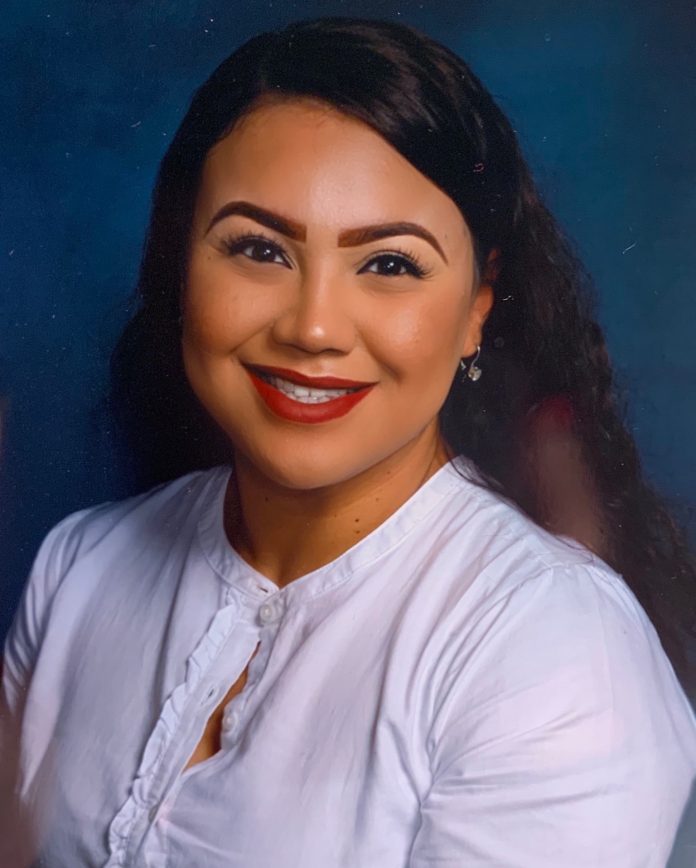 Selene Gabriela Gonzalez didn’t always know that she wanted to make a living in hospitality. A recent recipient of the AMEX, Ecolab, Handlery Hotels, and Opening Doors scholarships given through the American Hotel & Lodging Educational Foundation (AHLEF), Gonzalez discovered her passion for connecting with guests in hotels after she switched from a retail position to a front-desk agent in a boutique property in Yountville, California.

“When I was training, I completely fell in love with it. I got to talk to different people, which I love since I am a very outgoing person,” Gonzalez tells LODGING. “I later saw that I can make a huge impact on people just by being who I am and taking those little steps to create really nice memories and moments for my guests that they can later cherish and look back on.”

Prior to her first position in hospitality, Gonzalez hadn’t felt an affinity or ambition for a specific career path. When only a few weeks into her first semester at a junior college in Napa, she learned that her 7-year-old sister had passed away. “With that, my whole life changed,” Gonzalez says. “I didn’t really see a reason for me to do anything. I didn’t have any goals anymore.”

A close friend who worked at the Vintage Inn in Yountville told Gonzalez about an open position and encouraged her to apply. While working for the hotel, Gonzalez received her first letter from a guest. “I was like, ‘They remembered me—that’s crazy.’ I couldn’t believe it. After that, I knew this is what I’m meant to do,” Gonzalez says. “It definitely brought back my ambitious side and reminded me that I can do something important in this world.”

Gonzalez went on to earn her hospitality and tourism management degree at the community college in her hometown of Napa Valley and is currently working towards her hotel and restaurant management degree at California State Polytechnic University—Pomona (Cal Poly Pomona). After graduating, she plans to continue her education by pursuing a masters in business administration with an emphasis in marketing.

While advancing her education, Gonzalez simultaneously grew her hospitality career. From the 80-room Vintage Inn, Gonzalez moved to the180-room, full-service Westin Verasa in Downtown Napa, where she was promoted to housekeeping supervisor. When she moved to the Los Angeles area to attend Cal Poly Pomona, Gonzalez began working at Disney’s Grand Californian Hotel & Spa.

When asked about how she balances working 35 hours each week with going to school full time, Gonzalez says that she is driven by her passion for pursuing a hospitality career and education. “When I go to school, I love it because I’m learning everything that I want to learn,” she explains. “It’s easy for me to balance everything because it’s just what I want to do.”

She advises other students managing a hospitality job and schooling to avoid spreading themselves too thin by prioritizing commitments and taking advantage of educational and career opportunities—particularly scholarships like those offered by AHLEF. “The best advice that I could possibly give is to never overlook an opportunity,” Gonzalez says. “Scholarships definitely play a role in balancing work and school, because they give us a cushion that we can rely on. […] The scholarships that AHLEF provides definitely help us because they believe in us to provide funds so that we can focus a little bit more on school in those times that we need to, such as midterms and finals week.”

Gonzalez also notes that hospitality is often an overlooked industry when students are deciding on which educational and career paths to take. “Even though our major isn’t a big one or isn’t ‘an important one’ to other people, it’s important to us. We should definitely not let that hold us back from anything. We’re making a huge impact in the industry,” Gonzalez says. “More people should try to pursue this degree because it definitely opens a lot of doors.”

Back in Session: School Break Shifts Predict Hotel Demand and Travel Trends for the Remainder of 2021