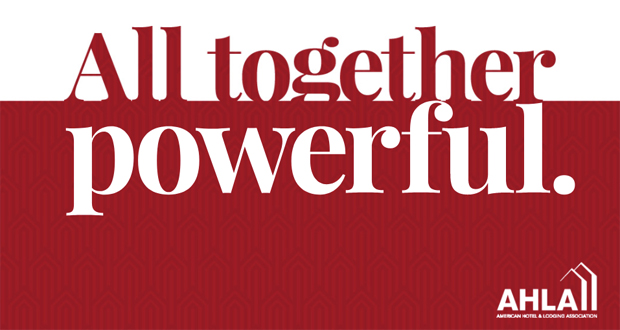 The theme of AHLA’s annual report is “All Together,” which the association says reflects the nature of the hospitality business, where each team at a hotel comes together to provide a positive guest experience.

The annual reports also detailed efforts to grow the hospitality talent pipeline by teaming up with the U.S. Department of Labor and committing to recruit some 2,500 hotel industry apprentices in the next three years. In addition, the industry donated $500,000 in community grants to train opportunity youth for hospitality careers in 2017. AHLA also launched the “Dreams Happen Here” national awareness campaign to highlight the economic impact of the hotel industry to Members of Congress and local legislators.

Chip Rogers and Brian Crawford on AHLA’s Day of Action

Chip Rogers and Brian Crawford on AHLA’s Day of Action